Greg’s Blog:  Stepping on Toes, the History of Photo Friday

Greetings to my readers of the Flint Hills Special Digital Magazine!  I’m posting my first and last personal blog on my website, and I have separated it from all other posts, because while the content is historic, it is very personal, and I did not want to intermingle it with other posts.

Someone once cautioned me that the distance between “hero” and “zero” was a single letter of the alphabet.  I think that they spoke from experience.  Today’s blog will outline the eight-and-a-half-year history of “Photo Friday” a free weekly email which featured a historic photo and accompanying comment, which I sent to members who had requested to be included in the group.

For the last thirty-five years, I’ve collected historic images by scanning, copying, and purchasing such as they were available.  In early 2013 when the former Kratzer Bros. store at Volland, Kansas changed ownership, I began focusing my efforts to record the history of the tiny ghost town.

Insofar as Otto Kratzer, one of the proprietors of the store, was a prolific photographer, there were many images available of the German immigrants’ general stores.

Early in 2013, one Friday I sent a single image from Volland, circa 1915, to a half-dozen friends of mine.  The photo had several interesting elements.  It was technically well-presented, it had humorous overtones, and there was a cryptic mystery as to what the photo subjects were actually doing.  I posed a question to my friends, “what are these guys doing?”  One of the photo recipients had the correct answer; the men were constructing a tennis court.

What in the world are these guys doing?

The following Friday, I sent an email to the same half-dozen friends, revealing the activities of the men in the photo.  I then sent a second photo to the same group.  This was the beginning of “Photo Friday.”  Soon, some of these original group members began sharing my emails with their friends and relatives, and people whom I had never met began emailing me, asking to be included in the Photo Friday group.

By the end of 2013 I had over 100 people who had asked to be included in the Photo Friday group mailing list.  Early in 2014, I was honored with an award from the Kansas Department of Travel and Tourism, declaring me among “Kansas’ Best” for my Photo Friday project. 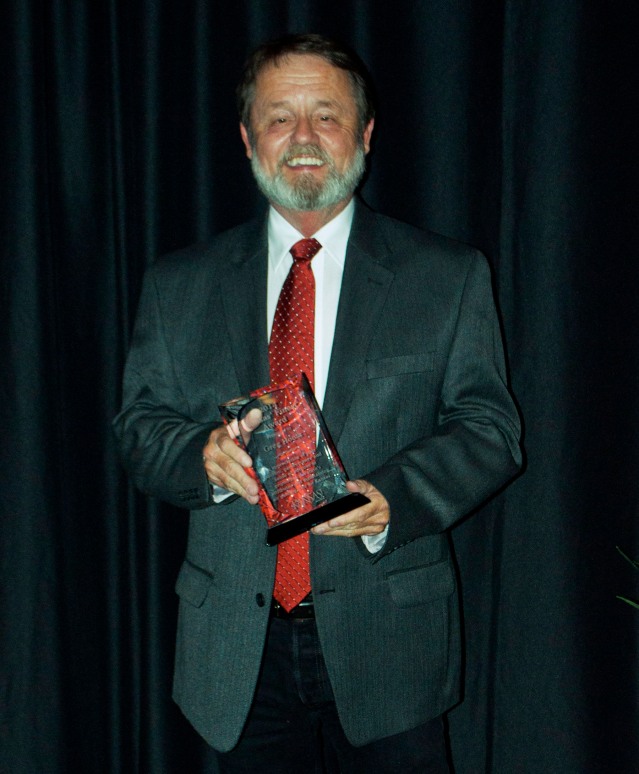 Early in 2014, Greg Hoots received one of the “Kansas Best” awards for his creation, “Photo Friday.”

The Wabaunsee County Historical society was so pleased with my Photo Friday emailing project that they changed their bylaws to allow me to become a member of their Board of Directors, a privilege only afforded county residents before that change.

For nine years, I sent a photo with an accompanying commentary to the group which grew to about 400 members.  In 2021, I was doing a self-appraisal of Photo Friday and my website, flinthillsspecial.com, and I discovered that despite having sent hundreds of Photo Friday pictures and writing 125 articles about Kansas history for the web, that I had just a couple of photos or stories which featured stories about the history of African-American is the county.

This Photo Friday view was taken by photographer, Gus Meier around 1910.

This Photo Friday view was taken by photographer, Gus Meier around 1910.

So, I began writing about the sordid treatment of Black History by the keepers of Wabaunsee County history.  The first week, I sent a photo of a burial of an African-American at the Alma cemetery from the 1890s, a cemetery that contains more than a hundred unmarked Black graves. The next week, I published a photo of Alma businessmen dressed in blackface, presenting a “minstrel show”.  The following week, I published a photo of the Ku Klux-Klan marching in a parade in Council Grove, and in my commentary, I noted the significant presence of the Klan in Wabaunsee County and Kansas in the 1920s, and it’s impact in the migration of Blacks from the county from 1880 to 1930.

A crowd attends an African-American’s funeral at the Alma cemetery, circa 1890.

The WCHS Board of Directors could not stand it.  The organization had posted my Photo Friday on their Facebook page for years, and suddenly they voted unanimously to order their representative to cease posting anything which I  published because in one of their Board member’s own words, “I suppose the same goes for your recent Photo Friday posts regarding race. The board disagrees with the conclusions you draw and doesn’t want to appear to endorse them.” Need I say more?  Now, if you know me, you know I don’t give a rat’s tail about what the WCHS Board thinks of my opinion of anything, but anyone who knows them well has a pretty good idea of their “opinions.”  In the 54-years of the organization’s existence, they have never had a person of color on their Board of Directors…not one.  If it quacks like a duck and walks like a duck…well, you know the old saying.

The Klan was on parade in this view taken in Council Grove, Kansas.

Then, in a blatant violation of both Kansas and Federal cyber-security laws, the organization “hacked” my Photo Friday email account, sending an email to Photo Friday members, decrying and defaming my writing about African-Americans.  I could have had them all arrested, but instead, I realized how seriously they had damaged the trust of by my Photo Friday members, and to protect my members’ email, and I ended the project for good.  Some people can’t stand to allow anyone but their own opinions expressed.  Thus, the end of Photo Friday.

I’ve continued to publish my weekly historic photo and opinions in The Wabaunsee County Signal-Enterprise, which I shall continue until my death.